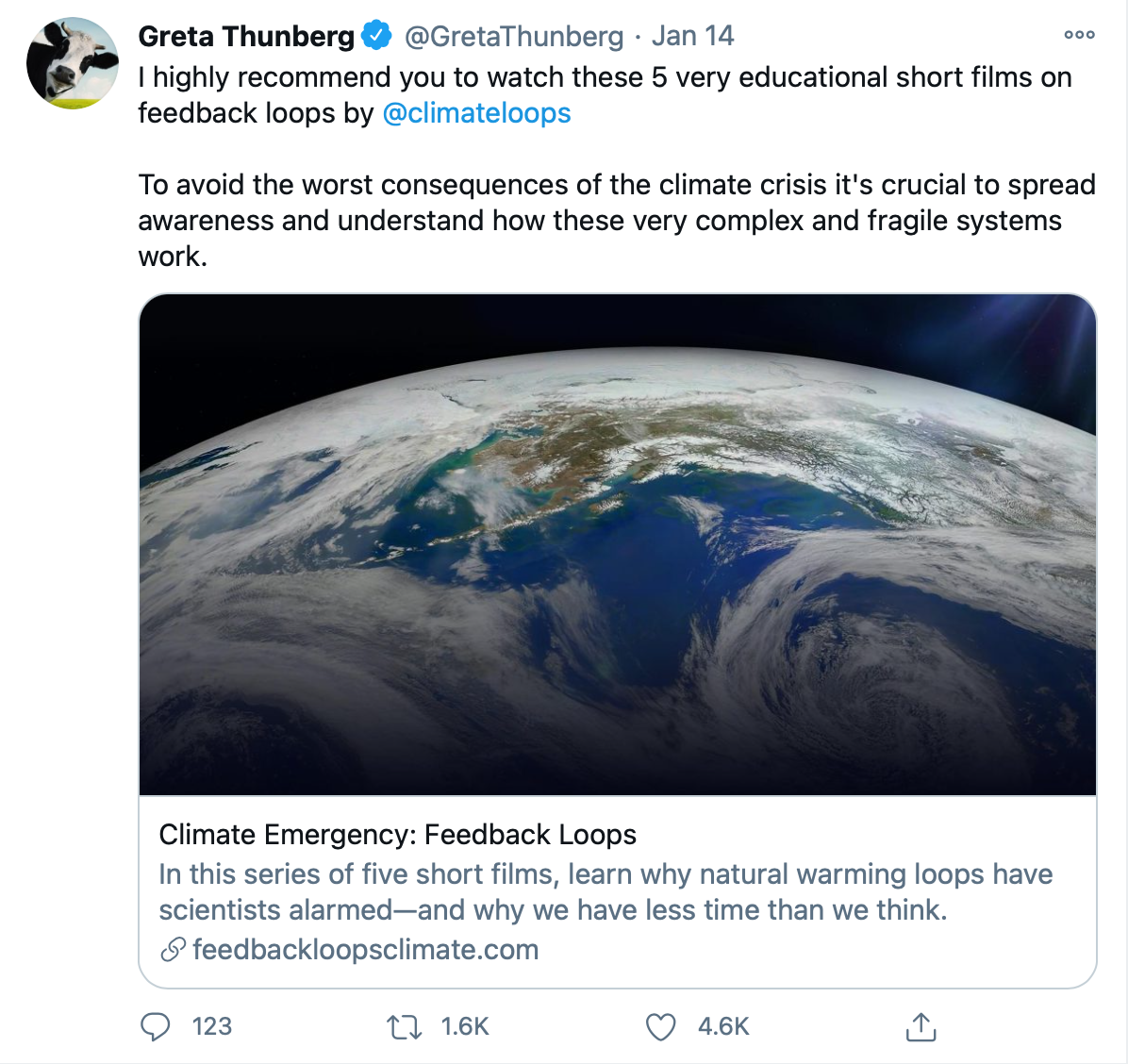 We launched our series of five short films about climate feedback loops with a discussion between the Dalai Lama and Greta Thunberg and climate scientists Susan Natali and William Moomaw. The event was moderated by Diana Chapman Walsh and sponsored by the Mind & Life Institute. Nearly a million viewers tuned into the conversation, where three clips from the films were shown.

The intergenerational meeting kicked off with the Dalai Lama and Greta Thunberg agreeing they share the goal of saving the planet. Susan Natali and William Moomaw offered their scientific perspectives on feedback loops and how we might halt, slow, and reverse them. All agreed that by educating people about what climate feedback loops are and how they work, we will better understand the dangers they pose.

The evening concluded with the Dalai Lama passing the torch to Greta and her generation of young climate activists, who give him hope for the planet. Greta later tweeted the link to the films to her 4.4 million followers highly recommending they watch them.